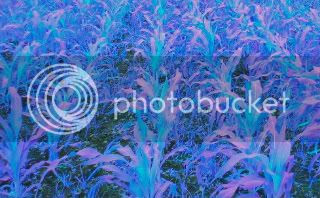 I think of you but not as I used to. My eyes open in
sleep, a hand seizes me. And in the sweetness of
somebody’s touch. I am falling, and the same dream
again of a child’s breast that a woman holds in her
arms. Lips on it, wet, blood-soaked her lips. I start
upright. The others are sleeping. Days walking uphill,
view of an evergreen plateau, stay there. Quiet.
Except when the wounded mumble close to your ear. I
took something that made me get over my fears and then
I didn’t care about anything. I did not care about
anything. I couldn’t care about anything, a knife cut
took off my finger, and I couldn’t care about stopping
the blood. Nothing to stay for. The daybreak of a Pel
re dawn without light. And around one side and
the other monasteries empty nests and a whole crowd
there, a river between. And there were a lot. They are
singing, the bridal chambers are filled, holding
hands. Below bodies the stream hustles along, on the
bank a row of them fallen face upwards, I run around
like a madman looking for you, a woman presses her
daughter to her, poor, we haven’t eaten for days.
Gleam without hope still gleaming. In the dreams
jostling the one in my other. As then a boy on top of
his mother, help me to lift her, he was holding her
tight by her soaked rags, have you got matches strike
one, as if in her hands. Shows me black avenues and a
door at the end. My name that I saw written on it.
First time I felt this kind of pain, like a bite. I
saw, yet another soldier fallen nearby. Tears in his
eyes, called out where are you. Could not see, black
with the soil, don’t drink from this water, couldn’t
hear, the march past blanked it out. And it was the
memorial chanted for us. On our backs, above us the
poplars all round. For what was lost, country and
youth we had lost. For the horses rolling in blood.
And then their carcasses rest under the olive trees.
When the sacrifice starts and they pour something over
us. Where are you. And they are all gone there are
only the gods that off their jackets and give us
cover. Dead holding on to images scattered until they
too fade forever away. And I see the others, do not go
near leave them get up by themselves. Like the bare
ramrod hitting you in the stomach, a saw, an empty
water-bottle. I recall. New Year’s Eve. And deep down
a knot. Sleeping beside me, who. As if to my words he
whispers an answer. Now it grows dark, I am a child, I
encounter the gypsy. Who takes by day to the roads and
sings. In distant villages, in the graveyards for
charity. They said he was dead. And during Carnival,
in the squares roaming about. Comes and asks us to
light a cigarette for him. Deep down a knot, memory,
poor girl. Working all night, ruffling through
uniforms. In the cloakroom of travelling players,
should you find something to change. Your face fading
again, to hold your head for a while, and your body is
warm and when you are bending to kiss me you hesitate
for a moment, as if you catch the sound of them
coming. Or the sound of water or wooden fingers on
drums. Beside me late flowers on your mouth and it is
your kiss. The eve of the lights do you remember? On
the day itself I dig into the stone wall and bury
there the crown of a fir tree. Scapegoat, then, then
we were together.

Cruel the evening again in the station the train and
another station silent and the train tail of an animal
somewhere ahead, and another station alien eyes not on
you yet you want to hide again, a long narrow passage
that flows away in the rain covers you. Sitting still
you can’t manage your thoughts cannot make you stand
up you cannot go forwards or backwards. Socks wet,
take off your shoes, not yet, you stay still, almost
as to abandon the world, the lights go by, nothing but
lights, nothing exists besides this. No thought moves
your body not even a pain. One by one all those that
fled all those you left, pieces, pieces like ice
breaking and falling in front of your feet. And it
melts before you can move. The rhythm of the metal
draws you with it a shadow out in the corridor
lighting a cigarette the same tree that had passed
before you so many times. You smoke too. You take off
shoes socks lie down. Cramp in the stomach, the usual.
You cover your feet with the pullover, fall face down.
Chilly berth that sticks on your face. You wear the
pullover, you put the Bible under the jacket for a
pillow. Her breast, her half-opened mouth. Some life.
You unbutton your trousers put your hand in. A hand
that holds you a body you stretched on top of. She is
there you almost touch her and she is gone again,
saliva, pale light and the listless pulse of the body
powerless almost. You hold your breath, her breasts
come, you press it hard, comes inside you, from inside
you squeeze as many drops as you can, from inside you.
Stay still, calm, empty, darkness hides you, then
sleep. A nudge, you slip all but fall, you put out
your hand, below the palm crumpled paper, a dog-eared
book open. Turn over the cover: The First Death. You
would smile. This too for a pillow, on top of the
Bible. When you wake again two bodies entwined, the
flesh between them in pieces, that melt, breast onto
breast, that fades one into the other, fading out when
you decide to stand up.


Dimitris Lyacos was born in Athens in 1966. His trilogy Poena Damni (Z213: Exit, Nyctivoe, The First Death) has been translated into English, Spanish, Italian and German and has been performed extensively across Europe and the USA. A sound and sculpture installation of Nyctivoe opened in London and toured Europe in 2004-2005. A contemporary dance version of the same book was showing in Greece between 2006-2007 culminating in a performance at the Athens Concert Hall (Megaro Mousikis). Lyacos' work has been the subject of lectures and research at various universities, including Amsterdam, Trieste and Oxford. The German translation of The First Death is due to appear by J.Frank Verlag in the forthcoming months. For more information on the author visit www.lyacos.net.


Shorsha Sullivan was born in Dublin in 1932. He studied Classics at Leeds and has spent most of his working life in England. He has an interest in Modern Greek theatre and poetry.


i bruise easily
these days come hither
to the underbellies of (the) clouds
this sunset too true to be
good
the bruised to a cinder
clouds
the gulls have found something
to squabble about
& fill their bellies with
down there just below the water's
ripplin surface
little mountains of eruption
moving against eachother where i banged
my knee (almost) & it burnt
like the orgasm i had this morning
that spewed forth nothing but
smarted more than this bulbous sun
as i walked into it &
burnt like the underbellies of these clouds
2 ticks of a rereflection
or myriads of 'em
bonifide doowop (g)list'nings
& short of what double means
& the new trees planted around my feet
i kissed 'em all the other day
& bade them grow
in good spirit
then walked to the river
tied a rope around my bruises
& threw 'em in
the gulls went diving & squawking
all the way under
then spit when they discovered there
was nothing there to
nourish them
& as it turned dark
the bellies of the clouds turned
grey again
& i rose up &
blinked.

coda:
the lights of the other city
came on unnoticed
& my footsteps became
water.

A unicorn for Iyanna,
with an 80's asymmetrical haircut.

If I had any power.

Luck twists itself out of me.

I may have entered.

Everything I see is.

Every constellation is not made of stars.

Stairs that turn,
I want to be them.

What my mother would tell me
if she were here.

Every fear protecting you from what is feared.

A wish for stories
and stones to throw.

Glinted gift you carry back.

A smile in poverty,
but not amongst.

Having never learned to can.

What he said about what I could not understand.

There are no bumblebees here.

Yellow laughter could be what you wanted.


Carrie Hunter has been published online in Moria Poetry, Eratio Postmodern Poetry, Aught, Turntable & Blue Light, Dusie, Parcel, and Sawbuck, and in print in SCORE magazine, CRIT Journal 2, and Small Town XII. Her chapbook Vorticells was published by Cy Gist Press, and an e-chapbook Kine(sta)sis was published by Dusie, a portion of which is also featured in Jacket 35. She received her MFA/MA in Poetics at New College of California, edits ypolita press (ypolitapress.blogspot.com), and lives in San Francisco.

at the grave of anne sexton


knee over knee like a maltese cross
madonna, mary of the misused.
you're thin as a stripped fence post next to squat gray graves,
your white arms like cigarettes (and how you burn, burn)
how the world loves a good-looking suicide.

her voice purrs like humming exhaust
i think about my grandmother's car, perfume and tobacco
how she bought it when she was manic, paid in cash
now the former beauty is muddy with meds.

do it the right way and it's almost like one last poem
and i told you, you write poetry just by existing
with your black dress
your black lungs
your black heart.


Lauren Joslin: I am a native of Melrose, Massachusetts; and I am studying History at Boston University. I have a passion for the Victorian Sensationalist Novel and pressing flowers.

Poetry Sz features all types of outstanding original poetry from both new and experienced writers.

We have nominated work to the Best of the Web anthology.


All work featured in Poetry Sz: demystifying mental illness are owned by the respective contributing poets and artists, including all copyrights, and do not necessarily reflect the opinions of the editor and the publisher. Copying, reprinting or reproducing them in any form without the written permission of the copyright holder is prohibited.